The award, sponsored by Mondelēz International Inc., is presented annually to an independent retailer that demonstrates tangible examples of persistence, vision and creative entrepreneurship throughout the year. As the president and CEO of Fresh Encounter, Needler is committed to the power of culture as a driver of sales and customer loyalty.

The award was presented to Needler on Saturday, Feb. 26, in Las Vegas. 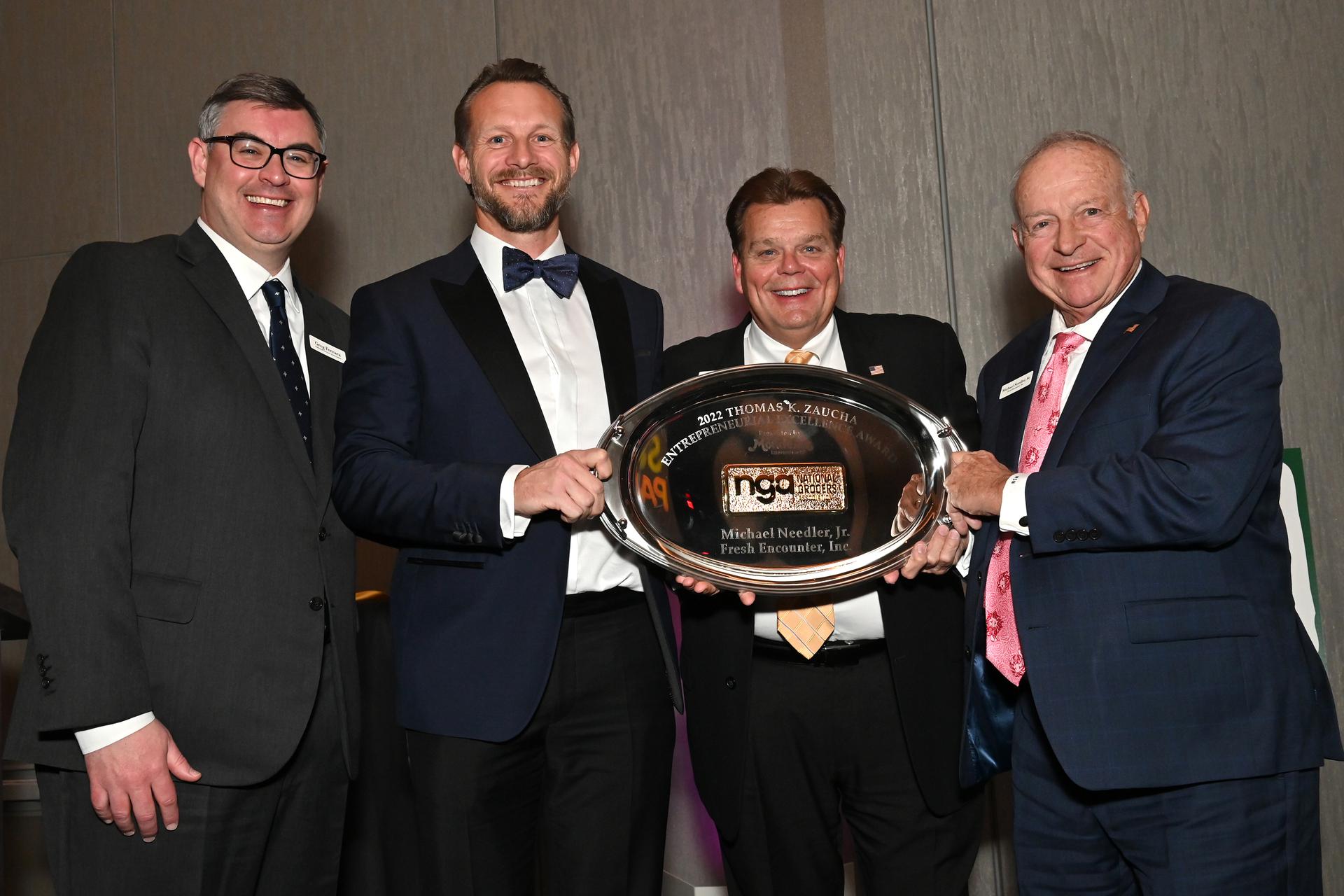 By 2020, Needler had already built a successful business with a network of more than 50 grocery stores operating under a variety of banners in Ohio and Indiana, including Community Markets, Needler’s Fresh Market and Save A Lot. Recently, he purchased 51 additional Save A Lot stores in the Tampa Bay region of Florida, building upon Save A Lot’s brand as a solid, hard-discount, neighborhood grocer committed to serving the community.

“Michael has shown the characteristics of a true entrepreneur throughout his career, but especially during the COVID-19 pandemic, as he was able to not only maintain the success of his already existing stores, but add more under Fresh Encounter,” said Greg Ferrara, NGA president and CEO.

After purchasing the additional Save A Lot stores, his first priority was to instill the Fresh Encounter culture within the newly purchased stores, visiting all 51 locations, getting to know the team members and building trust so they knew their voices would be heard.

Needler established new protocols for extensive training for store teams to implement so they can put the company values and mission into motion; this resulted in the stores delivering an outstanding customer experience to all who walk through the door.

“Michael grew up working in the grocery business with his father and over the years has used his passion and sharp business sense to build a remarkable and diverse company grounded on solid values,” Ferrara said.  Since 2009, the Thomas K. Zaucha Award, presented by Mondelēz International and named after NGA’s first president and CEO, has been presented annually to recognize an independent grocer that exemplifies persistence, vision and creative entrepreneurship. This award is one of the most prestigious honors awarded to independent grocers.

About NGA Washington, D.C.-based NGA is the national trade association representing the retail and wholesale community grocers that comprise the independent sector of the food distribution industry. An independent retailer is a privately owned or controlled food retail company operating a variety of formats. The independent grocery sector is accountable for about 1.2 percent of the nation’s overall economy and is responsible for generating more than $250 billion in sales, 1.1 million jobs, $39 billion in wages and $36 billion in taxes. NGA members include retail and wholesale grocers located in every congressional district across the country, as well as state grocers’ associations, manufacturers and service suppliers. For more information about NGA, visit www.nationalgrocers.org.

“NGA strongly opposes increasing the federal minimum wage to $15 per hour because it would harm small businesses and reduce food access in disadvantaged communities,” the association wrote in a letter to committee Chairman Robert C. “Bobby” Scott and Ranking Member Virginia A. Foxx. …

The National Grocers Association (NGA) today applauded the introduction of the FRNT LINE Act, authored by Senator Joni Ernst (R-IA), this bill would provide payroll and income tax relief for essential workers, such as grocery industry associates, who have continued their work during the coronavirus pandemic. …